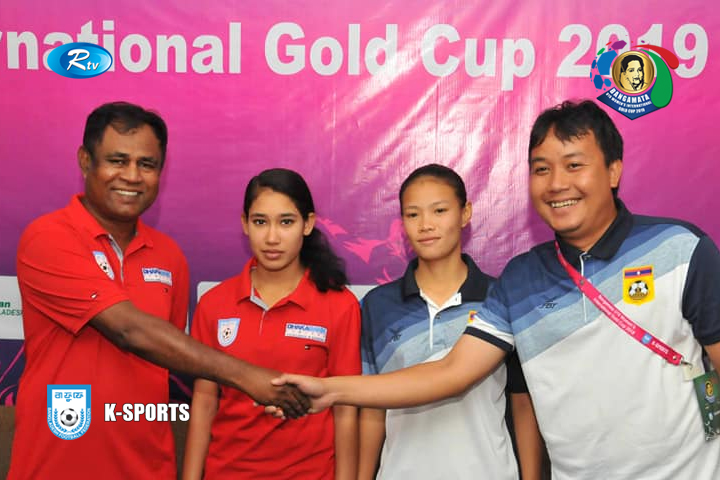 Rainfall in the ground, due to the strongest cyclone ‘FANI’. Yet all preparations were taken for the final match between Laos & Bangladesh Team.

Even the gallery was filled with viewers ignoring the rain.
But ultimately it was decided that the final match would be postponed. Bangladesh and Laos have been declared as joint champions of the Bangamata U-19 Women’s International Gold Cup Tournament 2019.
On Friday, the Bangladesh Football Federation (BFF) senior vice-president Abdus Salam Murshedi MP confirmed the matter.